Scientists may now be able to use gene editing and stem cell technologies to predict whether carrying a specific gene variant increases a person’s risk of heart disease, according to a new study published in the American Heart Association’s journal Circulation.

This is the first time a study has demonstrated the potential of combining stem cell-based disease modeling with CRISPR/Cas 9-mediated genome editing, to determine the pathogenic ability of an undescribed genetic variant known of as “variant of uncertain significance” (VUS).

Many genetic variants are known to be related to medical conditions, but whether they actually lead to disease remains unknown.

Senior author Joseph Wu (Stanford University School of Medicine, California) says random genetic testing creates a lot of stress for healthy individuals who may be getting echocardiograms, MRIs or medications that they may not need.

The goal is to optimize the decision making of clinicians in their choices of therapy by providing a much clearer result for the ‘variant of uncertain significance’ carriers.”

For the study, the researchers looked at genetic variants associated with hypertrophic cardiomyopathy; a common cause of sudden death in young people and athletes.

They took DNA from 54 symptom-free individuals without heart disease and sequenced it using a panel of 135 cardiomyopathy and congenital heart disease genes associated with sudden cardiac death.

One participant had family members who were carrying a variant in the gene MYL3, which is associated with hypertrophic cardiomyopathy.

The researchers collected that patient’s blood mononuclear cells and reprogrammed them to induce pluripotent stem cells.

They then edited the genome of the cells using CRISPR/Cas9 gene editing to engineer cells with the same genetics. Those engineered cells could then be analysed to determine whether MYL3 could cause disease.

This study combined two new powerful technologies, induced pluripotent stem cells and CRISPR-Cas9 gene editing, to model a patient’s heart in a dish and to test whether those heart cells manifested signs of disease. This approach heralds a new era of in vitro disease modeling and drug testing as pivotal elements of precision medicine.” 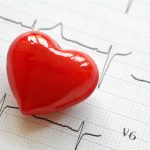